as a result of the GameKid Raspberry Jam which ran at Itch.io from the 13th to 20th September 2015, you can now download and try out our entry for the jam here:
RetroPie (Raspberry Pi – GameKid) Version of the game “Van Sang’s Pain”

Please note that the v1.0 version was created specifically for the use in the GameKid variant of the RetroPie Software on the Raspberry Pi 2 and as such, it will not work on other OS’es or configurations as is.

After downloading, see inside the folder for an executable. Double click or call that in a command line to start.

These are all stand-alone version with executables and all dependencies within.Sadly, due to the age of my Mac and other problems it’s having with SDL2, I won’t be making a Macos version available at this time.

UPDATE: 17.03.2017 – New features in v1.4 are a unified python application for various OSes, fullscreen window and gamepad support to specifically enable seamless integration into Retropie’s game frontend.
Please note: On v1.4, the full windows mode does not correctly work with DPI scaling in Windows not being set to 100%! Download v1.5 instead in that case.

UPDATE: 21.03.2016 – Download a Raspberry PI 3 version of the game here. Unzip and use VanSangsPain.sh to start the game.You may need to set the batch file to be executable first.

Known issues:
– Wrong heading in player float animation when floating in left/right direction.
– Sticky key problem on some control actions.
– No music or sound FX on the Raspberry PI 3 version.

Here are some screen shots, note that the GameKid runs at 320 by 240 pixels. 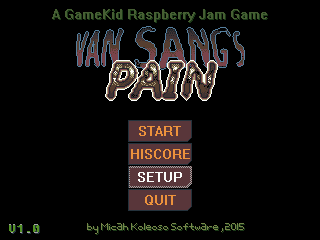 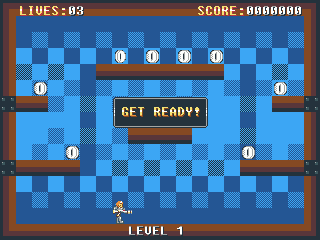 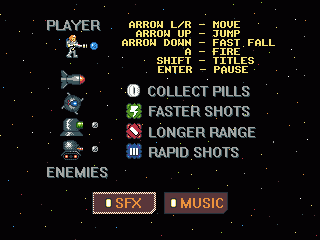 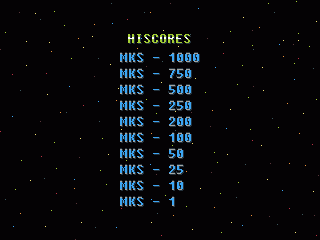