This is the page for development of the game ‘Assault on Metaluna 6’ made for the Gamboy Jam #5 running for almost 10 days from the 1st to the 10th of October, 2016.

It is a Zaxxon-style 2D isometric scrolling shooter using C#/Monogame, Photoshop/GraphicsGale for the Art, Tiled for the levels and various itch.io SFX and music tools.

After Day 1 & 2, the basic game structure is up and the various game screens and the preliminary content was setup.
With Day 3, UI and menu navigation was added to all screens. Also, some enemy structures and aircraft had been drawn and animated partially implemented.
Day 4, about 3 hours worth, was just used to create the map item system used by everything on the map (enemies, structures, effects, projectiles).
Day 5 brought a lot of bugfixing the terrain collision, which sadly, didn’t work by the end of the available time.
Day 6 came with the player shooting and various types of explosions needed depending on what gets hit in the levels. Also, some code refactoring was done to make implementing the enemies and their shooting easier.
On Day 7, the player/terrain collision and enemy structure and ground force destruction was implemented. The scoring for that was also done. The framework for 15 levels and the move from level to level was coded with the game being lost when all lives are gone.
With Day 8 the ground enemy shooting and Game Pad control was implemented though the number of levels was reduced to 5 from the inital 15 to give me more time to design them and account for the lack of enemy variety which would have needlessly stretched the gameplay but doesn’t bring anything new to justify doing so. Sadly, due to lack of time, there won’t be any air enemies or bosses in.
Day 9, the final day in the german time zone, was for final adjustments, the SFX (no music though) as well as the packaging and submission. Apart from the SFX there were no new features planned for the last day.

I’ve tracked my development progress for the game in the Jam forums as well as providing a game page https://www.micahkoleoso.de/?page_id=559 for it here with further information and downloads after the jam. Also, I streamed development on some evenings (CET+1) at my Twitch channel https://www.twitch.tv/hairein.

There was a Windows version submitted here at the end of the jam initially. Now, this is an updated build for multi-platform deployment on Windows (tested on Win 10 64-Bit), Macos (tested on 10.12 64-Bit) and Linux (tested on Ubuntu 16.04 64-Bit). All additional details regarding how to run and the changes in this verison can be seen in the Zip’s readme file:
AOM6_Gbjam5MksGame_Mp_v1.1.zip (~5MB)
Prerequisites are: A recent Mono or .NET runtime and OpenAL. On Macos and Linux, the starter shell scripts will need executable rights to use, e.g. through “chmod +x *.sh” in the main folder where the scripts are. Remember to choose a compatible display resolution when running in fullscreen mode.

Here are some screenshots streched to 4x Gameboy resolution, but the game will have a configurable window size with appropriate zooming of the content. The slight blurryness is the HTML page shrinking to 320 pixel width: 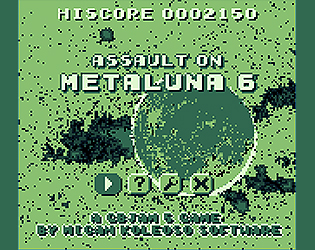 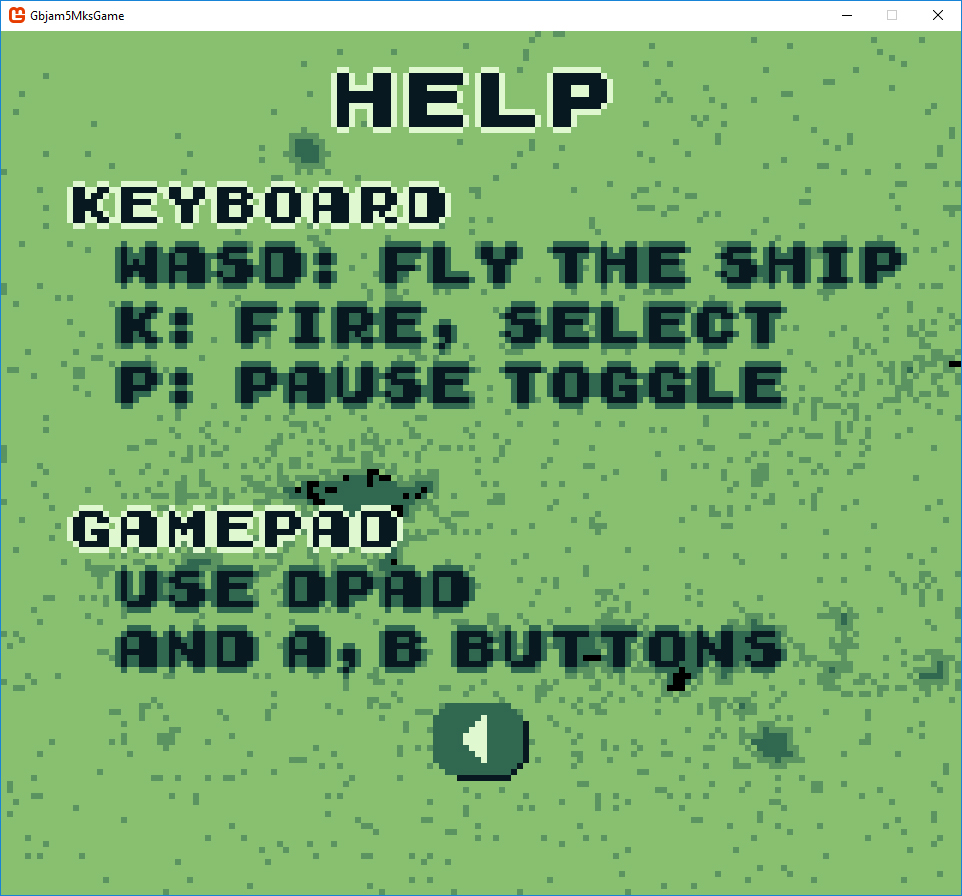 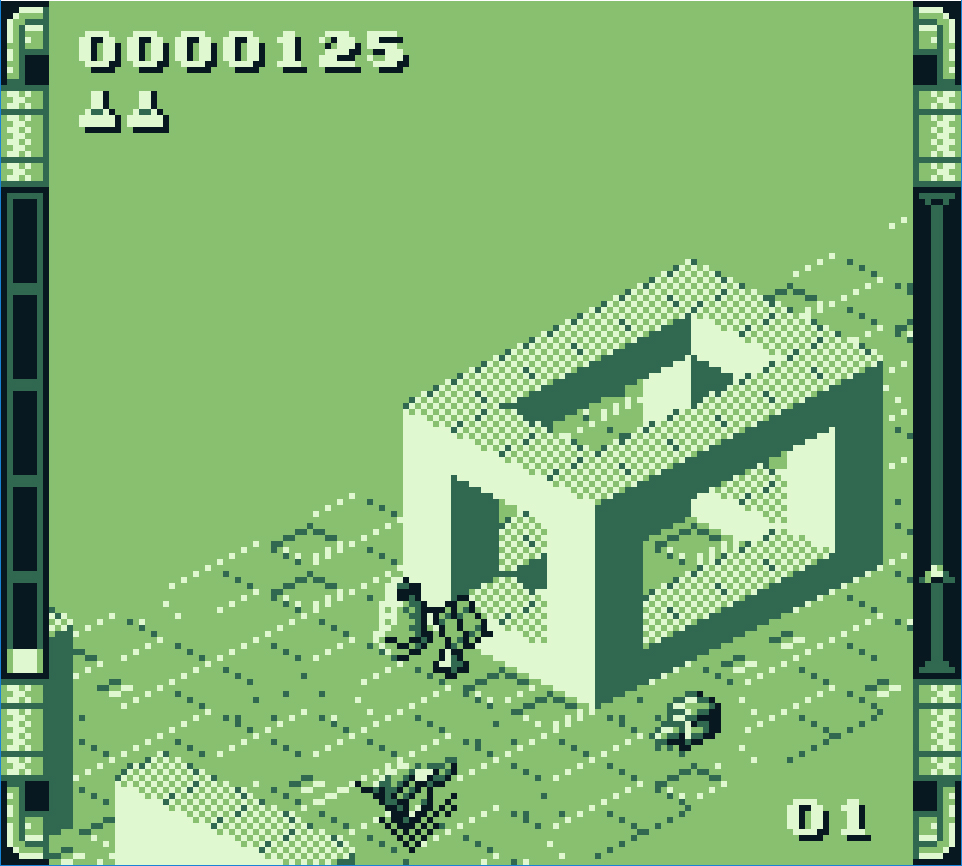 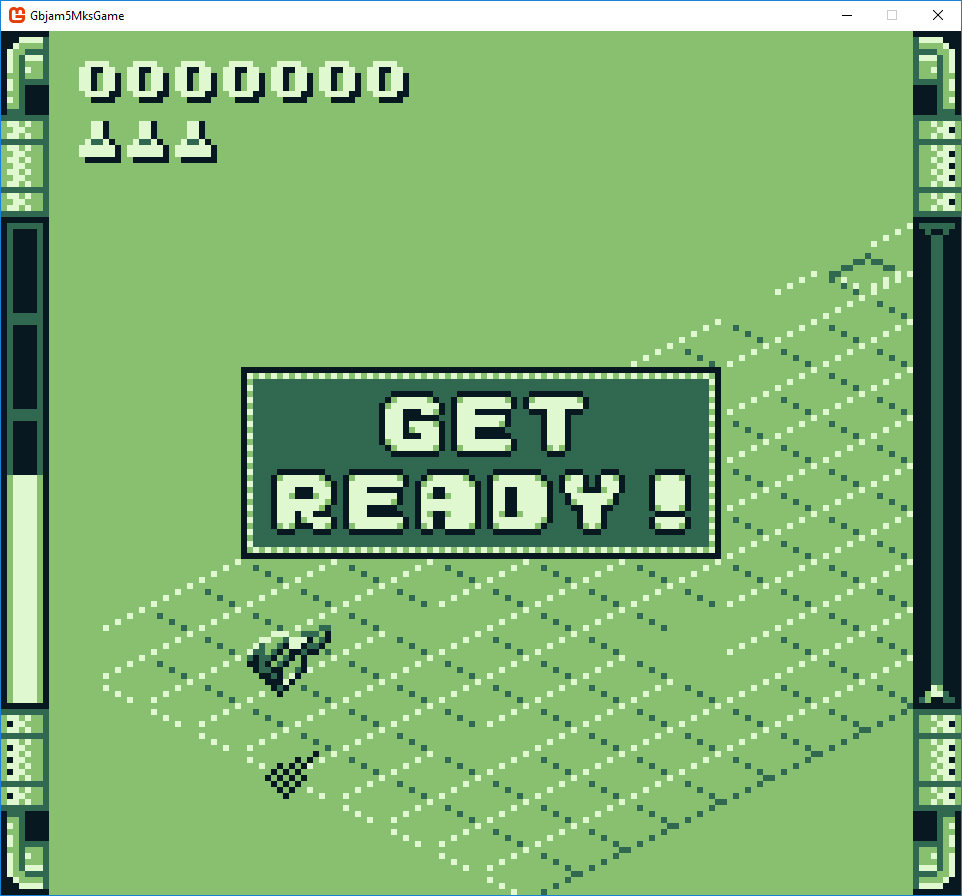 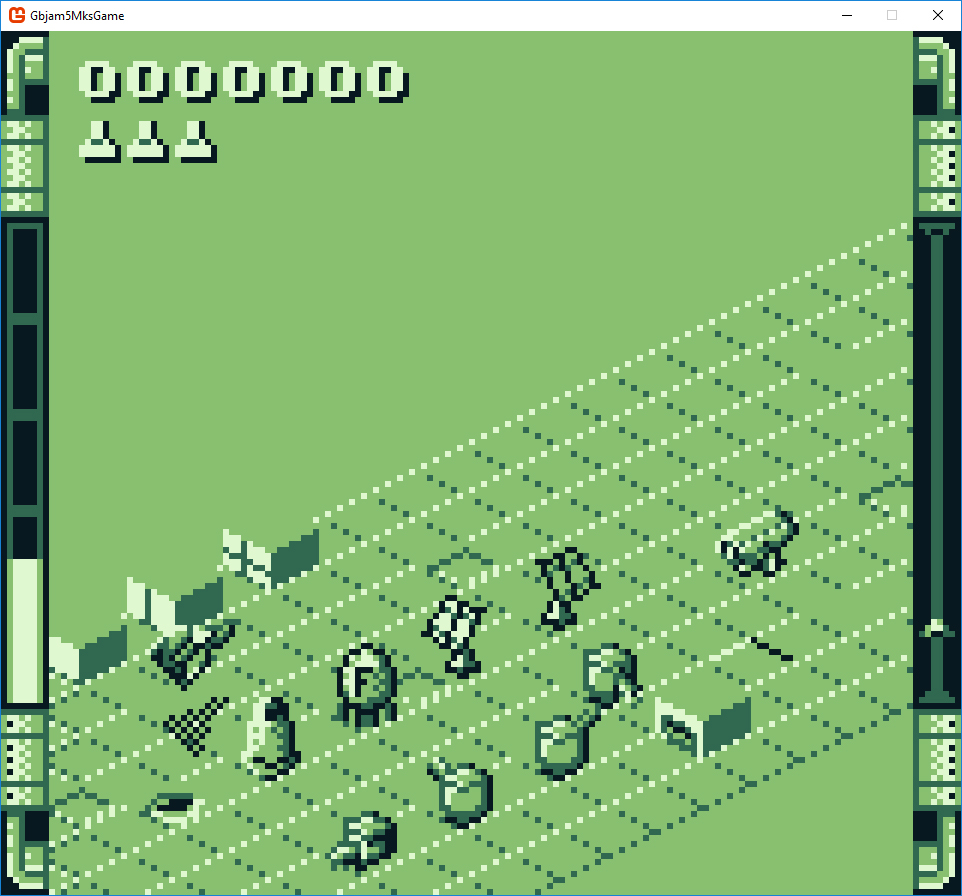 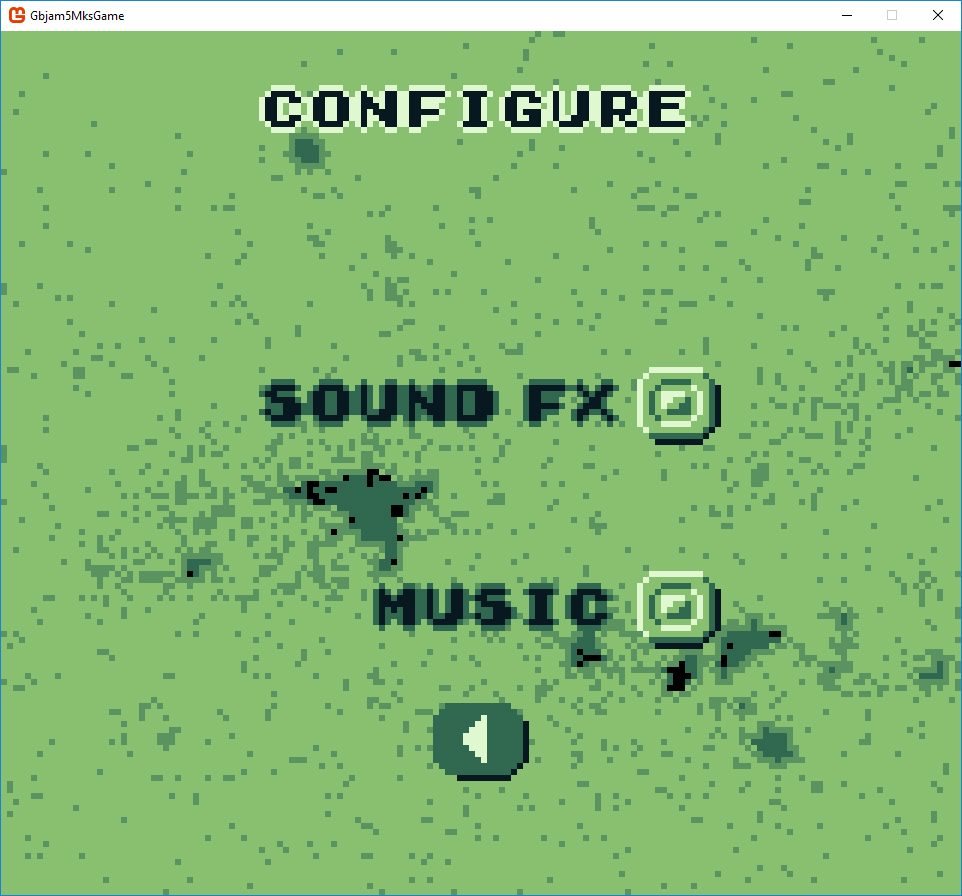 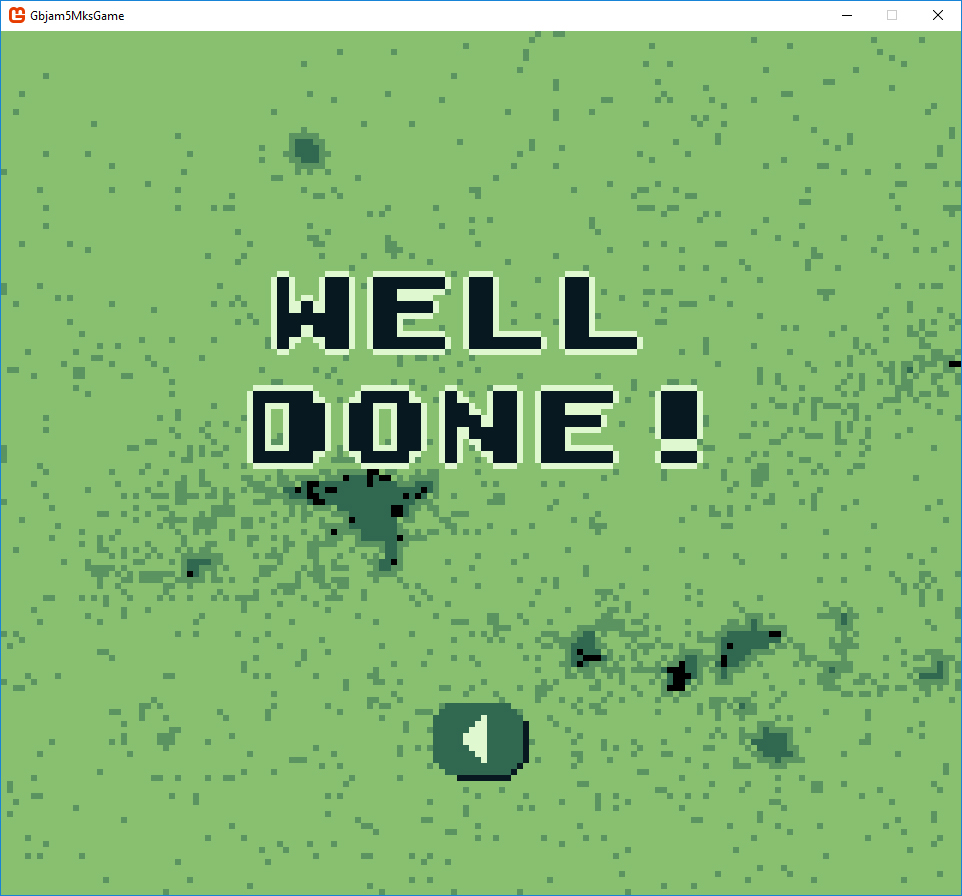 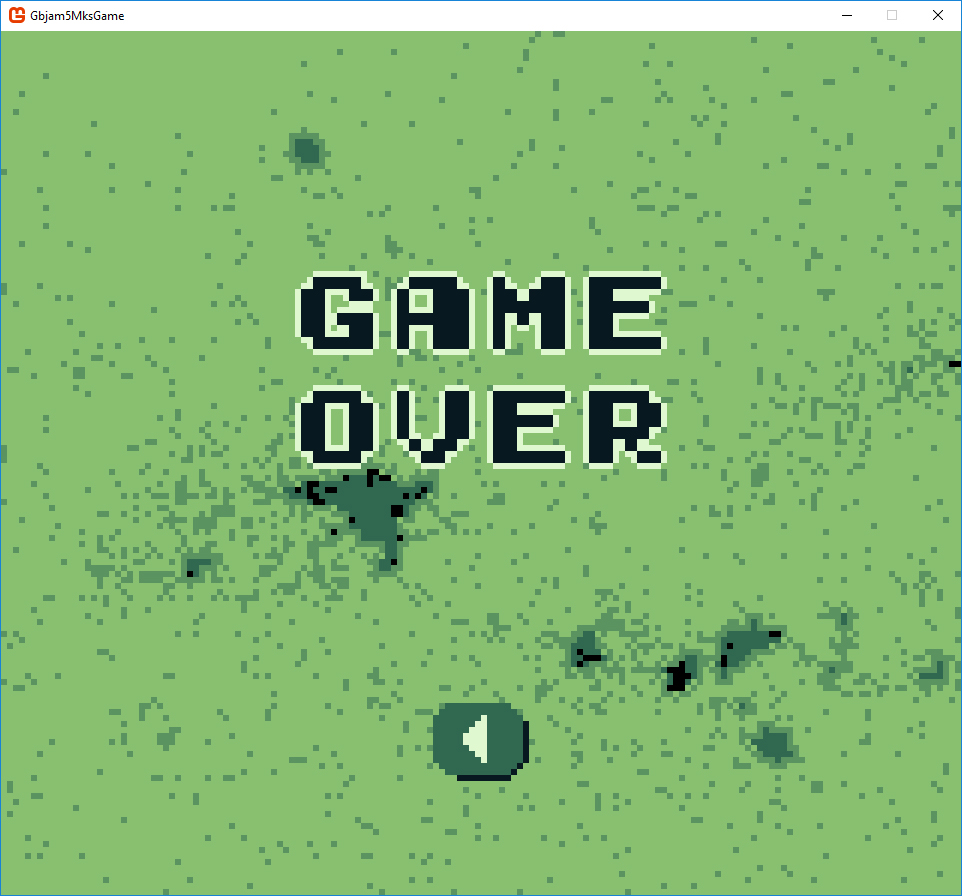