Hello everyone,
we took part in the Mini Ludum Dare #63 game jam running from the 20th to 30th November this year.
The theme was FUSION and suggested bringing together two different game ideas or types and making one game from it.

We’ve submitted our version at the Mini Ludum Dare website here where you can download a Windows build of the game as well as the source for all code, graphics and all other assets.
It’s not as finished as we would have wanted it to be, but it was fun to get to know the Marmalade SDK and do something with C++. This SDK will become part of our tool set and we plan to use it again in the next LD game jam coming up.

The game is working titled ‘Orcland Rivals’ and consists of two armies on a board shifting their troops around in turns and collecting upgrades along the way, only fighting where cells are contested by the enemy. When two armies meet, it gets really tactical and you have a mob rushing around real-time dungeon maps causing absolute chaos!

As the title indicates, the game is a fantasy setting with two orc armies fighting for land and spoils. Gameplay-wise, it mixes turn-based strategy top-level with flocking RTS elements in the dungeon battle maps.

The main technical idea here is to explore the Marmalade SDK and seeing how rapid development can be done in C++ using this framework and other helping tools.
For the game design side, our idea was to mesh a top level strategy-type, round-based game type with a sublevel mor3e dynamic, realtime action game-type using flocking troops.

The rules of the jam are quite relaxed and the theme was announced more than a fortnight early allowing us to do some preparations and prototyping with the new APIs. The main part of the production was done in the 10 days available, but not fulltime due to other commitments.

Here are some shots from the game: 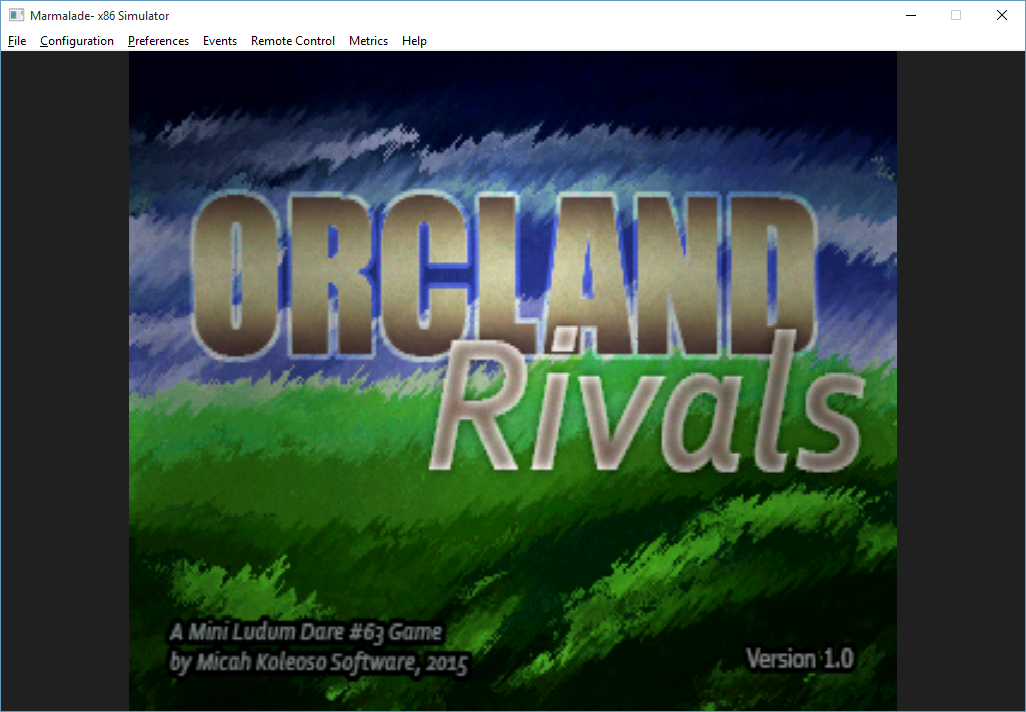 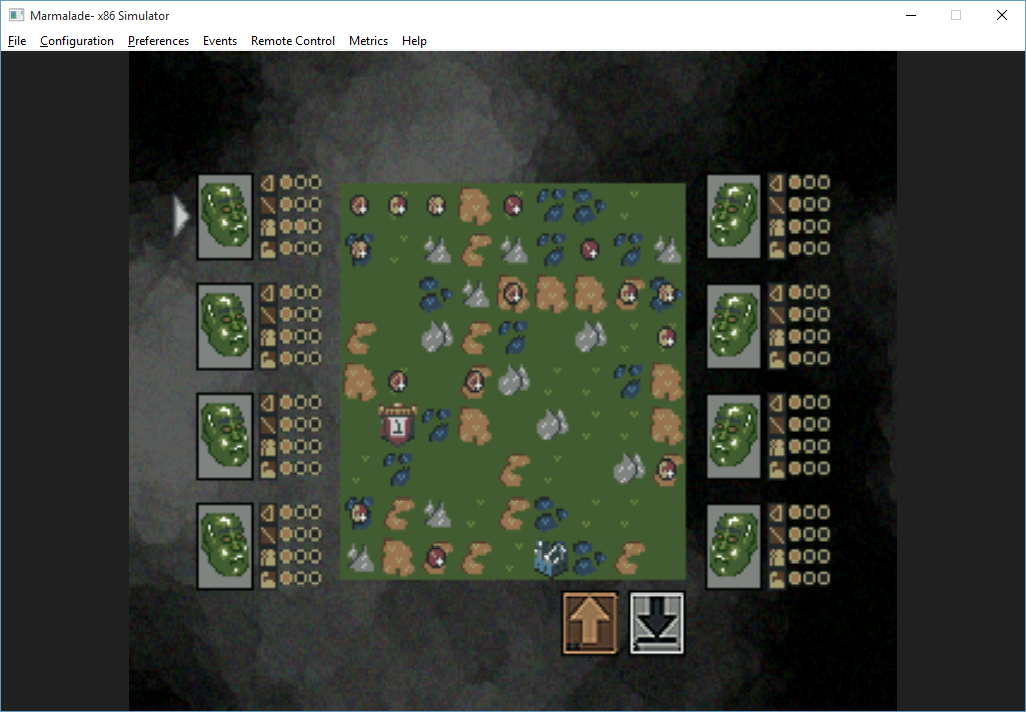 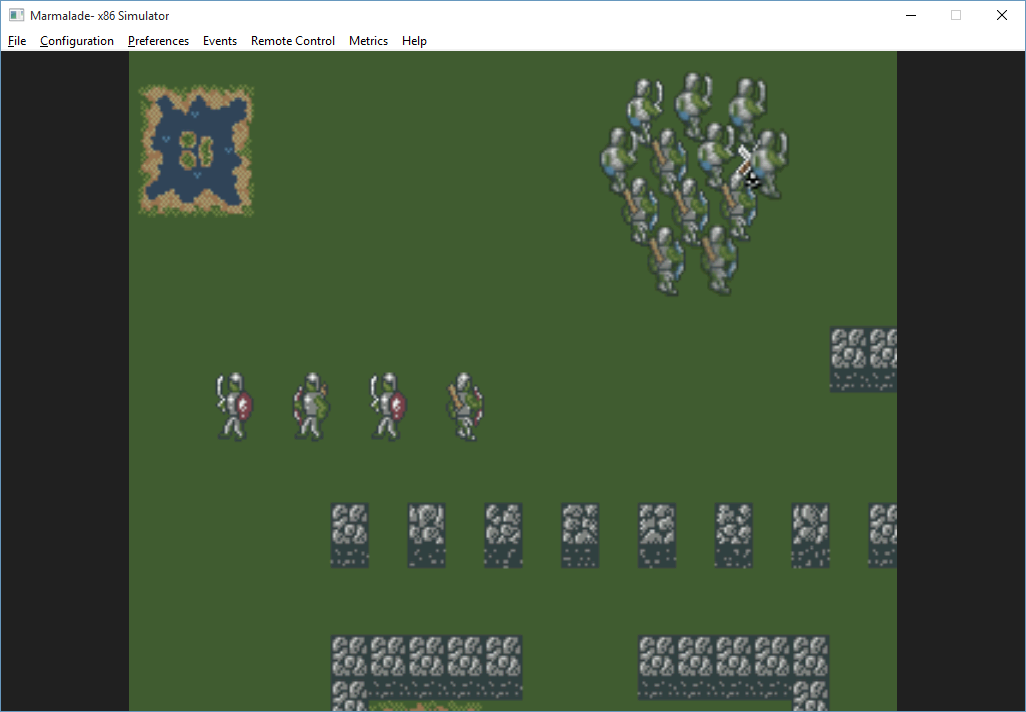